We have a selection of Real Ales available with Potion No 9  usually on draught.
We then have a couple of guest ales each week including an IPA and a bitter, such as Sea Fury, Cornish Knocker, Treens, Exeter Avocet etc
We also currently have Verdant Lightbulb and Verdant Helles Lager along with Jubel Peach Lager and Cornish Gold and Cold River Cornish ciders. 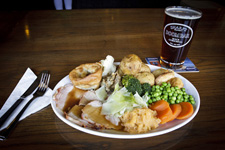 Should you wish to stay for more than one night, or want more than one room, then please phone Michael on 01326 311359 to see if there are any special rates available.

A much needed short break needed for personal reasons.